Frank Eisenhauer elected to the Paris Academy of Sciences

The General Assembly of the Académie des sciences, the Paris Academy of Sciences, has elected Frank Eisenhauer, ORIGINS scientist in the infrared group at MPE, as a foreign member. The official admission is to take place on 14 June 2022 in a formal ceremony in Paris. 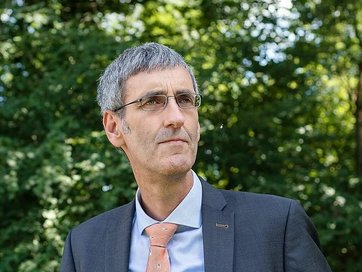 The astrophysicist Frank Eisenhauer will in become a member of the Paris Académie des sciences de l'Institut de France. This is one of the oldest academies in the world, uniting outstanding scientists from Germany and abroad. For Eisenhauer, it is yet another honour after recently being awarded the Stern-Gerlach Medal of the German Physical Society last November. In March 2021, Eisenhauer also received the Tycho Brahe Medal, an award with which the European Astronomical Society (EAS) honours the development or use of European instruments or significant discoveries with such instruments.