A closer look at: the atmospheres of exoplanets

The Excellence Cluster ORIGINS has become a founding member of the Twinkle mission. Lift-off for the new space telescope is planned for 2024. The instrument will give astrophysicists at the LMU the first reliable data on the chemical composition of the atmospheres of exoplanets – and may also shed light on the prospects for life on these worlds. 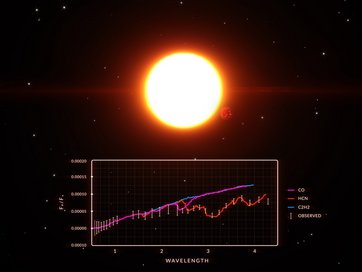 Beginning in 2024, the space telescope Twinkle will identify constituents of the atmospheres of exoplanets by analyzing the starlight that passes through them with the aid of visible and infrared spectroscopy (at wavelengths of 0.5-4.5 μm). These spectra contain specific fingerprints that reveal the molecular composition of the atmosphere. Twinkle is the first mission that is designed to systematically investigate the atmospheres of several hundred exoplanets.

The data collected during the mission may reveal the presence of substances that are compatible with the possibility of extraterrestrial life on exoplanets. Among such compounds are water vapor, carbon dioxide, carbon monoxide, hydrogen sulfide and organic molecules such as methane, acetylene, ethylene, ethane, hydrogen cyanide, ammonia and phosphine.

The experimental analysis of the atmospheres of exoplanets undertaken by Twinkle is a highly valuable addition to the research being done by the ORIGINS consortium. “Among other things, we are looking at the links between planet formation and the chemical evolution of the earliest prebiotic molecules, using a number of methodological approaches,” says Prof. Barbara Ercolano of the LMU Observatory and one of the principal investigators of the ORIGINS Cluster. “As a founding member of the Twinkle mission, the members of the Cluster will be in a position to make a significant contribution to the mission’s scientific program before it gets off the ground,” she adds. Among the other members of the Cluster’s Twinkle team are Prof. Thomas Preibisch, Prof. Til Birnstiel and Dr. Arno Riffeser.

The scientific questions being pursued by the ORIGINS Cluster include: