Dr. Lorenzo Tancredi will take up the ORIGINS-supported professorship in Theoretical Particle Physics on September 1, 2021. His main research interest is in theoretical high-energy physics, in particular in relation to the Large Hadron Collider (LHC) at CERN. 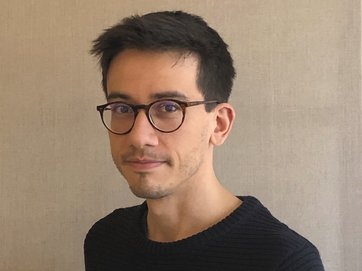 His research is at the interface between new mathematical methods in quantum field theory and particle physics phenomenology: by studying the mathematical structures lurking behind scattering amplitudes and Feynman diagrams, he aims to develop new methods to study the physical implications of the Standard Model of particle physics at the LHC, in order to understand the details of the Higgs mechanism and possibly help discover signs of New Physics.

Lorenzo Tancredi brings an ERC Starting Grant  "High-Energy Physics at the Frontier with Mathematics" to the TUM.