A new research group will be launched at the Max Planck Institute for Physics (MPP) in early January 2019. Its main focus will be on the analysis of decay of the tau lepton, an elementary particle related to the electron. The “Tautology Project” will be led by Max-Planck Fellow Stephan Paul, Professor of Hadron Structure and Fundamental Symmetries at the Technical University of Munich (TUM) and co-coordinator of the recently approved Cluster of Excellence “Origins”. 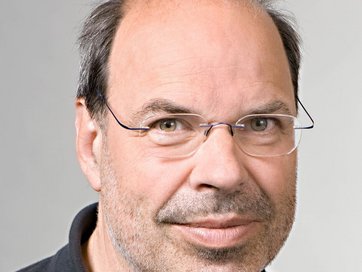 Together with five other elementary particles, including the electron and the neutrino, the tau is a member of the lepton family of particles. It is also the heaviest member of the family and is, therefore, unstable – unlike the electron – and decays after a very short time.

The Tautology Project at the Max Planck Institute for Physics will focus on tau decay in which more than two hadrons are formed. Hadrons include such particles as, for example, protons and neutrons, which consist of three quarks, as well as mesons each of which comprises one quark and one anti-quark.

Collaboration with the Belle II Group at the MPP
The new Max-Planck Fellow Group will use data from the Belle II experiment at the KEK in Japan, which will begin measurement in 2019. The collisions between electrons and positrons that are brought about there create a hitherto unachievable number of tau leptons, which can be analyzed by the researchers.

Stephan Paul will, therefore, collaborate closely with the existing Belle II working group at the MPP, which, together with the TUM and other research facilities, played a crucial role in the development of the Belle II's innermost detector and will be increasing its data analysis activities in future. Thereby new numerical and statistical methods will be used, which will be developed within the Excellence Cluster Origins.

In focus: the dipole moment of the tau lepton
Paul's group is pursuing two scientific objectives in the Tautology Project: on the one hand, the decay of the tau lepton provides a unique opportunity to study the coexistence of three hadrons (which are created during the decay and interact strongly) in close proximity to one another. This will give the physicists precise data that will also help them to study the decay of mesons in detail, which include a heavy quark.

On the other hand, such decay can contribute towards determining the tau lepton's electric dipole moment, one of its potentially existing properties, but one that is difficult to measure experimentally. Based on our current understanding of nature, dipole moments in elementary particles ought not to exist, as they do not comply with fundamental symmetries.

However, many theoretical extensions of the current empirically tested standard model of particle physics predict such a property. These investigations into the tau lepton will augment experiments with neutrons and atoms with similar objectives, and are of major significance for theoretical physics.

The Max Planck Fellow program
The funding program is intended mainly for setting up and managing a scientific working group. The funding period for this highly endowed support program is five years for active university professors, three years for retired professors. The selection process is carried out by a review panel according to strict criteria. The Fellow proposals are evaluated with respect to their scientific quality, their relevance in light of science policy, and financial feasibility.

Press release of the MPP