Cluster-emeritus Prof. Dr. Harald Fritzsch passed away unexpectedly on August 16, 2022 at the age of 79. Fritzsch was a theoretical particle physicist who was already closely interwoven with the research activities of the Excellence Cluster Universe (2006 – 2018) as a founding member. Even after his retirement, he remained connected to the Cluster as Emeritus and was part of the selection committee of the "ORIGINS PhD Awards". 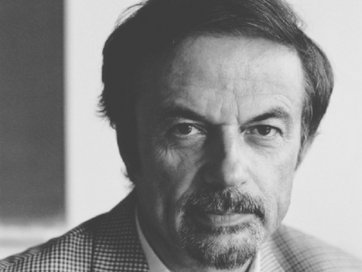 In his scientific work, Harald Fritzsch made significant contributions to the theory of quarks, to the development of quantum chromodynamics, and to the grand unification of the Standard Model of elementary particles.

Harald Fritzsch made significant contributions to the theory of quarks, to the development of quantum chromodynamics, and to the grand unification of the Standard Model of elementary particles.

Harald Fritzsch was born in Zwickau on February 10, 1943, and studied physics in Leipzig from 1963 to 1968. After escaping from the GDR in 1968, he continued his studies in Munich, where he worked with Werner Heisenberg and received his PhD in 1971 under the guidance of Heinrich Mitter with the thesis "On the Algebraic Structure of Observables in the Strong Interaction". From 1970 to 1972 he was a Research Associate at the Stanford Linear Accelerator Center (SLAC, USA) and a Research Fellow at CERN in Geneva. The following four years took him to the California Institute of Technology (Caltech) in Pasadena.

Munich has become his academic home

In his scientific work, Harald Fritzsch was concerned with the phenomenology of elementary particles. His contributions have had a significant impact on the understanding of the interactions of elementary particles and are now part of the standard textbook knowledge of physics. Together with Murray Gell-Mann and Heinrich Leutwyler, Harald Fritzsch was one of the founders of quantum chromodynamics – a theory that is an integral part of elementary particle physics. In earlier work, he was able to embed the Standard Model in a unified Grand Unified Theory. This model is considered one of the classical and promising theories for the unified description of quarks and leptons. In addition, he has made significant contributions to the description of quark and lepton masses – the mass matrix in the established six-quark model from 1978 bears his name and has become the standard parameterization of quark masses. His doctoral students included Dieter Lüst, Ulrich Bauer, and Marcus Hutter.