The astrophysicist Prof. Dr. Kevin Heng will lead the Chair of Theoretical Astrophysics of Extrasolar Planets at the Ludwig-Maximilians-Universität Munich (LMU) on 01 August 2022 and will become ORIGINS PI. His focus is the theory of exoplanet atmospheres. 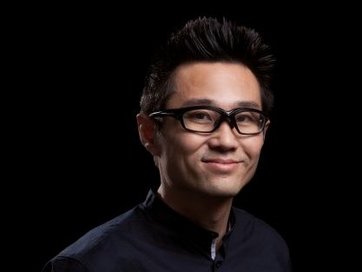 Exoplanets, that is, planets orbiting stars outside our solar system, are probably more numerous than the stars themselves. In recent years alone, more than 5,000 exoplanets have been discovered. These worlds come in all sizes, orbital periods and around all kinds of stars. Their environments have a direct influence on the nature of the exoplanets. The only way to study such distant worlds for information about their climate, habitability and potential signs of biochemistry (biosignatures) is through spectroscopic studies of their atmospheres.

As Chair Professor of Theoretical Astrophysics of Extrasolar Planets, Heng focuses on the theory, simulation and phenomenology of exoplanetary atmospheres. His strongly interdisciplinary research combines insights from astrophysics and astronomy, planetary science in and outside the solar system, atmospheric and climate science, chemistry, Bayesian inference and machine learning, and the geosciences.

After studying at the National University of Singapore, Kevin Heng completed his PhD at the University of Colorado at Boulder in 2007 and then moved to the Institute for Advanced Study at Princeton, where he was a Frank & Peggy Taplin Member. He moved to ETH Zurich as a Zwicky Prize Fellow in 2010. Two years later, he followed his call as Assistant Professor at the University of Bern, where Prof Heng was promoted to associate professor and then to Director of the Center for Space & Habitability (CSH) in 2016. He received an ERC Consolidator Grant in 2018 to study the climate and habitability of small exoplanets around red stars. Since 2020, Heng has been an honorary professor at the University of Warwick in the UK. Heng is the author of the book "Exoplanetary Atmospheres: Theoretical Concepts & Foundations", which received the 2018 Chambliss Astronomical Writing Award from the American Astronomical Society.