The Nishina Memorial Foundation announced this week that Professor Eiichiro Komatsu, director at the Max Planck Institute for Astrophysics, receives the most prestigious Japanese physics award. The Nishina Memorial Prize is presented annually, honoring outstanding Japanese scientists who have made substantial contributions to physics research. Komatsu receives the prestigious award for his “contributions to the standard cosmology based on the cosmic microwave background”. The award will be presented during a ceremony in Tokyo on 6 December 2022. 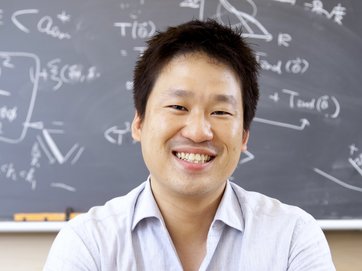 The cosmic microwave background (CMB) radiation was emitted about 400 000 years after the Universe was born, when it had cooled down enough for radiation to penetrate the hot and dense fog filling all space. It even carries important information on the conditions of the Big Bang, imprinted on the nascent matter and energy distribution. Eiichiro Komatsu has analysed data from the Wilkinson Microwave Anisotropy Probe (WMAP) to search for signatures of early quantum fluctuations, for evidence of inflation – a period of rapid, exponential expansion right after the Universe was born – as well as to analyze the general make-up of the Universe.

WMAP determined that our Universe consists of only 5% normal matter (what physicists call baryons), 25% dark matter (which can only be “seen” by its gravitational effects), and 70% dark energy (sometimes also referred to as Einstein’s cosmological constant “Λ”). Dark energy’s mysterious force acts contrary to gravity and causes the expansion of the Universe to accelerate. The CMB data also revealed that the space-time of the Universe has a flat geometry. This is now known as the standard ΛCDM model of cosmology.

After obtaining his science doctorate from Tohoku University in Sendai, Japan, in 2001, Eiichiro Komatsu went to Princeton University as WMAP Fellow and became Professor of Astronomy at the University of Texas at Austin. Since 2012, he is Director at the Max Planck Institute for Astrophysics in Garching, Germany, since 2017 Principal Investigator at the Kavli Institute for the Physics and Mathematics of the Universe, and since 2019, co-coordinator of the “Origin and Evolution of Large-Scale Structure” research unit of the ORIGINS Excellence Cluster.

The Nishina Memorial Prize is the oldest and most prestigious physics award in Japan. It has been awarded annually by the Nishina Memorial Foundation since 1955. The foundation commemorates Yoshio Nishina, the founding father of modern physics research in Japan and mentor of the first two Japanese Nobel Laureates in Physics, Hideki Yukawa and Sin-Itiro Tomonaga. The Prize, of ¥600,000 (about €4,000) and the certificate, is awarded to scientists who have made substantial contributions in the field of atomic and sub-atomic physics research.

Press Release of the Max Planck Institute for Astrophysics