The German Astronomical Society announced that ORIGINS Scientist Hans-Thomas Janka from the Max Planck Institute for Astrophysics (MPA) will receive the Karl Schwarzschild Medal, the most prestigious prize in Germany in the field of astronomy and astrophysics. The medal honours his research on the core-collapse supernova mechanism, explosive nucleosynthesis, and supernova neutrino physics 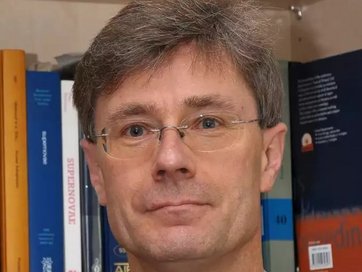 Thomas Janka has greatly advanced the theoretical understanding of supernova explosions by developing highly advanced hydrodynamic neutrino radiation codes for the simulation of these complex astrophysical phenomena. He has made major contributions to the field of modelling core-collapse supernovae during the past decade. His outstanding, cutting-edge numerical and theoretical work convincingly demonstrated that the neutrino-driven explosion mechanism can give rise to successful core-collapse supernova explosions in accordance with observations. He has also made very important contributions in the field of numerical models of neutron star mergers and gamma-ray bursts.

The Karl Schwarzschild Medal, which Thomas Janka will receive this year, is awarded by the Astronomische Gesellschaft to astronomers of high scientific standing. The award is associated with the Karl Schwarzschild Lecture, which will be held in Bremen, Germany, September 12-16, 2022, as part of the annual meeting. The medal is considered one of the highest honors in astronomy in Germany and is awarded to scientists both from Germany and abroad.

Press Release of the MPA